"We are thrilled to launch Old Hippie Stash with Trulieve. This is a company and product line we really believe in and think so many people will see amazing benefits from using," expressed David Bellamy.

Big Love is a well-balanced hybrid that yields deep green flower with vibrant purple hues. The aroma from this strain is very piney and sweet. The flavor is rich and earthy up front with a piney finish. Effects one may feel when using Big Love are euphoric and cerebral. This hybrid provides an uplifting experience that will wash away the stresses of your day.

Reggae Cowboy is a 50/50 hybrid which produces light purple buds with mossy green highlights. The flowers are covered in an abundance of trichomes and have a frosty appearance. The aroma of Reggae Cowboy is very floral and spicy with subtle pungent undertones. The taste is similar to the aroma in that its spicy and smooth with a light skunky finish. Reggae Cowboy packs a punch, this flower will provide a wave of tranquility and relaxation. The mellow sedative effects are accompanied with a tingling sensation throughout your body.

"We are focused on providing a constantly evolving and expanding selection of high-quality cannabis products that meet the diverse medical needs of Florida patients," said Trulieve CEO Kim Rivers. "By partnering with Florida’s own Bellamy Brothers to launch a unique hybrid strain of flower, we are providing our patients with an exclusive signature product line with a throw-back quality that reflects David and Howard’s image for Old Hippie Stash, from their 1985 Billboard country single.”

The Bellamy Brothers recently captivated arena audiences across the country with their hits including "Let Your Love Flow" and "Redneck Girl" on Blake Shelton's Friends and Heroes 2020 Tour with Lauren Alaina, Trace Adkins and John Anderson. Cameras continued to capture the legendary brothers on the road for their reality show "Honky Tonk Ranch" which airs Saturdays at 11:30 a.m. EST on Circle Network.

ABOUT BELLAMY BROTHERS:
David and Howard Bellamy continue to prove the trail they’ve ridden to fame has been as unique as their music itself—music that is now celebrating more than 40 years of success. The road that started on the pop music charts in the ‘70’s, took a winding turn into country music in the ‘80’s, paving the way for duos to come, such as Brooks & Dunn, Montgomery Gentry, Big & Rich and The Judds. “If I Said You Had A Beautiful Body (Would You Hold It Against Me),” originally scrawled on a dinner napkin by David, rocketed them to the top of the country charts the way “Let Your Love Flow,” had done in the pop market just a few years earlier. It proved to be the first of a string of 14 No. 1 singles in the U.S. alone. They’re the only U.S. country music act who've toured in India, Sri Lanka, New Caledonia and Qatar. The Bellamy Brothers hold the record in both the Academy of Country Music (ACM) and the Country Music Association Awards (CMA) for the most duo nominations. Numerous Grammy nods have also been directed toward the brothers. The Bellamys are also opening up their lives to television audiences with their reality show, “Bellamy Brothers' Honky Tonk Ranch.” Each episode of captivates viewers by the unpredictable misadventures the Bellamys face while balancing their globe-trotting touring schedule while running their sprawling family ranch in south Florida. “Bellamy Brothers' Honky Tonk Ranch” is executive produced by David Bellamy and directed, shot and edited by Derrek Kupish, CEO/founder of dkupish productions. “Honky Tonk Ranch” airs Saturdays at 11:30 am EST.

ABOUT TRULIEVE:
Trulieve is a vertically integrated "seed-to-sale" company and is the first and largest fully licensed medical cannabis company in the State of Florida. Trulieve cultivates and produces all of its products in-house and distributes those products to Trulieve-branded stores (dispensaries) throughout the State of Florida, as well as directly to patients via home delivery. Trulieve also operates in California, Massachusetts, and Connecticut. Trulieve is listed on the Canadian Securities Exchange under the symbol TRUL and trades on the OTCQX market under the symbol TCNNF. 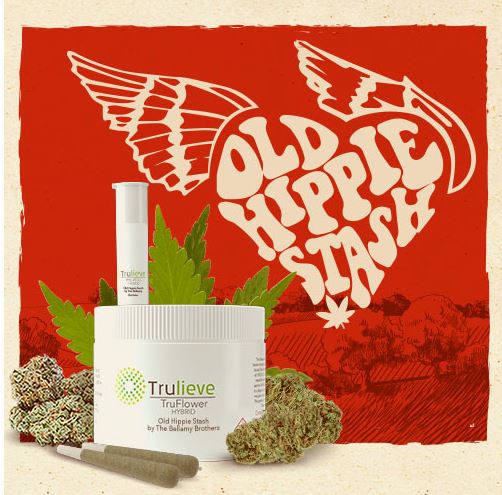