NASHVILLE, Tenn. – Viewers will get a behind-the-scenes look at the "Friends & Heroes 2019" tour as country music superstar Blake Shelton joins David and Howard Bellamy on their hit reality series "Honky Tonk Ranch" this weekend. Blake Shelton's episode of "Honky Tonk Ranch" will air this Sunday at 8:30 p.m. ET on the The Cowboy Channel.

During this week's episode of "Honky Tonk Ranch" the Bellamy Brothers perform their hits "Let Your Love Flow" and "Redneck Girl" to sold-out crowds on the "Friends & Heroes 2019" tour. A friendly competition breaks out between tour-mates Lauren Alaina and Blake Shelton with the brothers during a game of beer pong.

Season 2 of "Honky Tonk Ranch" has featured a slew of legendary country stars and friends of the Bellamy Brothers including Tanya Tucker, Eddy Raven, Billy Dean, Joe Diffie, Johnny Lee, Kelly Lang, Shenandoah, Deborah Allen and The Tennessee Werewolves.  "Honky Tonk Ranch" remains the highest rated show on The Cowboy Channel network as well as the most requested streaming show through Rural Media Group in 66 countries through the on-demand service of The Country Club, available worldwide at rfdcc.com/bellamybrothers. Fans who purchase three months of RFD-TV’s The Country Club, at $10 a month, receive a fourth month free by entering the code: HonkyTonk.

Between filming season two of their hit reality series "Honky Tonk Ranch" and touring with Blake Shelton, Bellamy Brothers' found time to record fourteen all-new tracks for their album, Over The Moon. The album was produced by David and Howard Bellamy along with Randy Hiebert, and recorded at Bellamy Brothers Studio in Darby, Florida.

The first single released from Over The Moon, "If You Ever Leave," landed national attention with a premiere of the song's video on Billboard.

ABOUT BELLAMY BROTHERS
Howard and David continue to prove that the trail they’ve ridden to fame has been as unique as their music itself—music that is now celebrating more than 40 years of success. The road that started on the pop music charts in the ‘70’s, took a winding turn into country music in the ‘80’s, paving the way for duos to come, such as Brooks & Dunn, Montgomery Gentry, Big & Rich and The Judds. “If I Said You Had A Beautiful Body (Would You Hold It Against Me),” originally scrawled on a dinner napkin by David, rocketed them to the top of the country charts the way “Let Your Love Flow,” had done in the pop market just a few years earlier. It proved to be the first of a string of 14 No. 1 singles in the U.S. alone. They’re the only U.S. country music act who've toured in India, Sri Lanka, New Caledonia and Qatar. The Bellamy Brothers hold the record in both the Academy of Country Music (ACM) and the Country Music Association Awards (CMA) for the most duo nominations. Numerous Grammy nods have also been directed toward the brothers. The Bellamys are also opening up their lives to television audiences with their new reality show, “Honky Tonk Ranch.” Each episode of “Honky Tonk Ranch” captivates viewers by the unpredictable misadventures the Bellamys face while balancing their globe-trotting touring schedule while running their sprawling family ranch in south Florida. “Honky Tonk Ranch” is executive produced by David Bellamy and directed, shot and edited by Derrek Kupish, CEO/founder of dkupish productions. “Honky Tonk Ranch” airs Sundays at 8:30 p.m. ET / 7:30 p.m. CT on The Cowboy Channel. 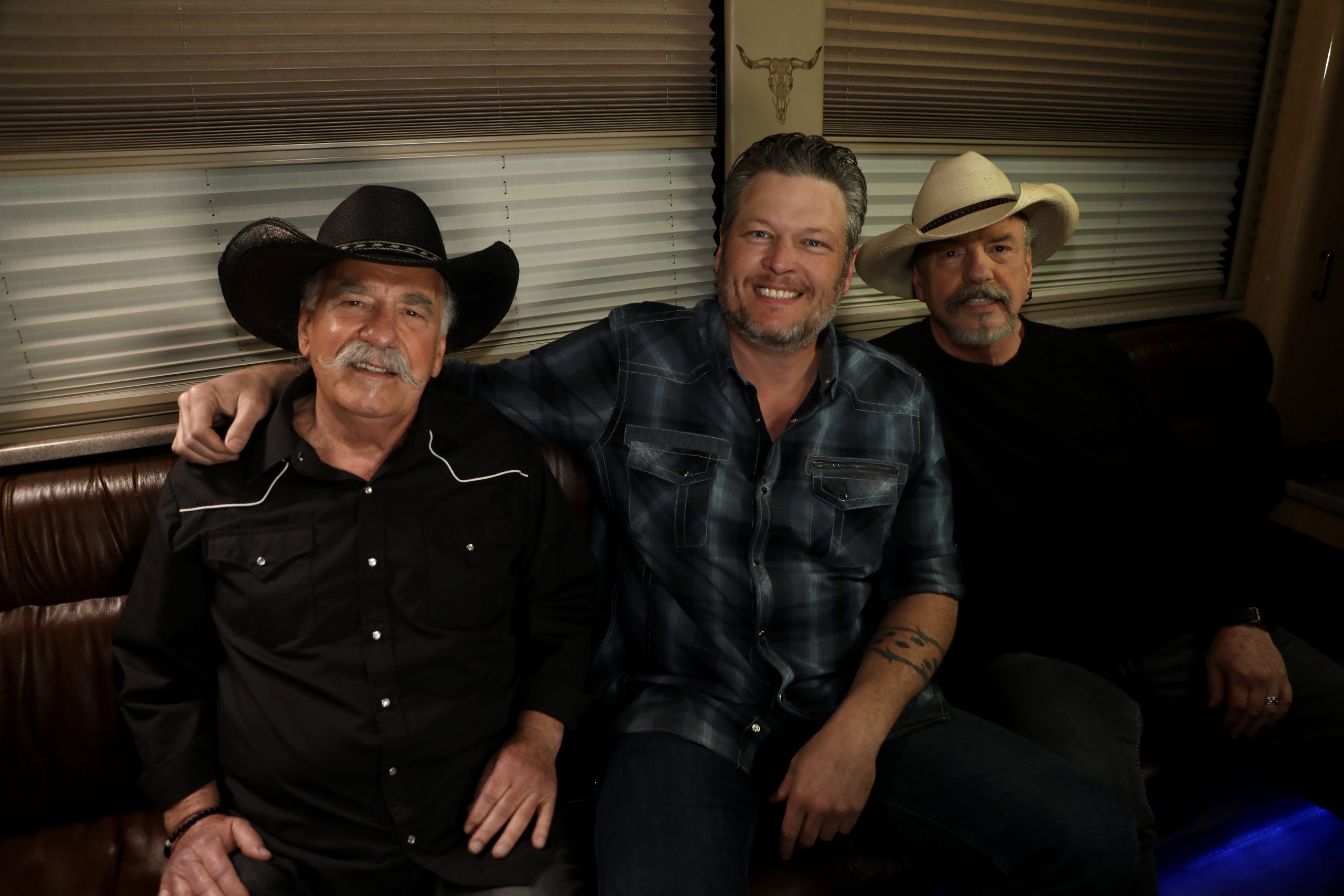 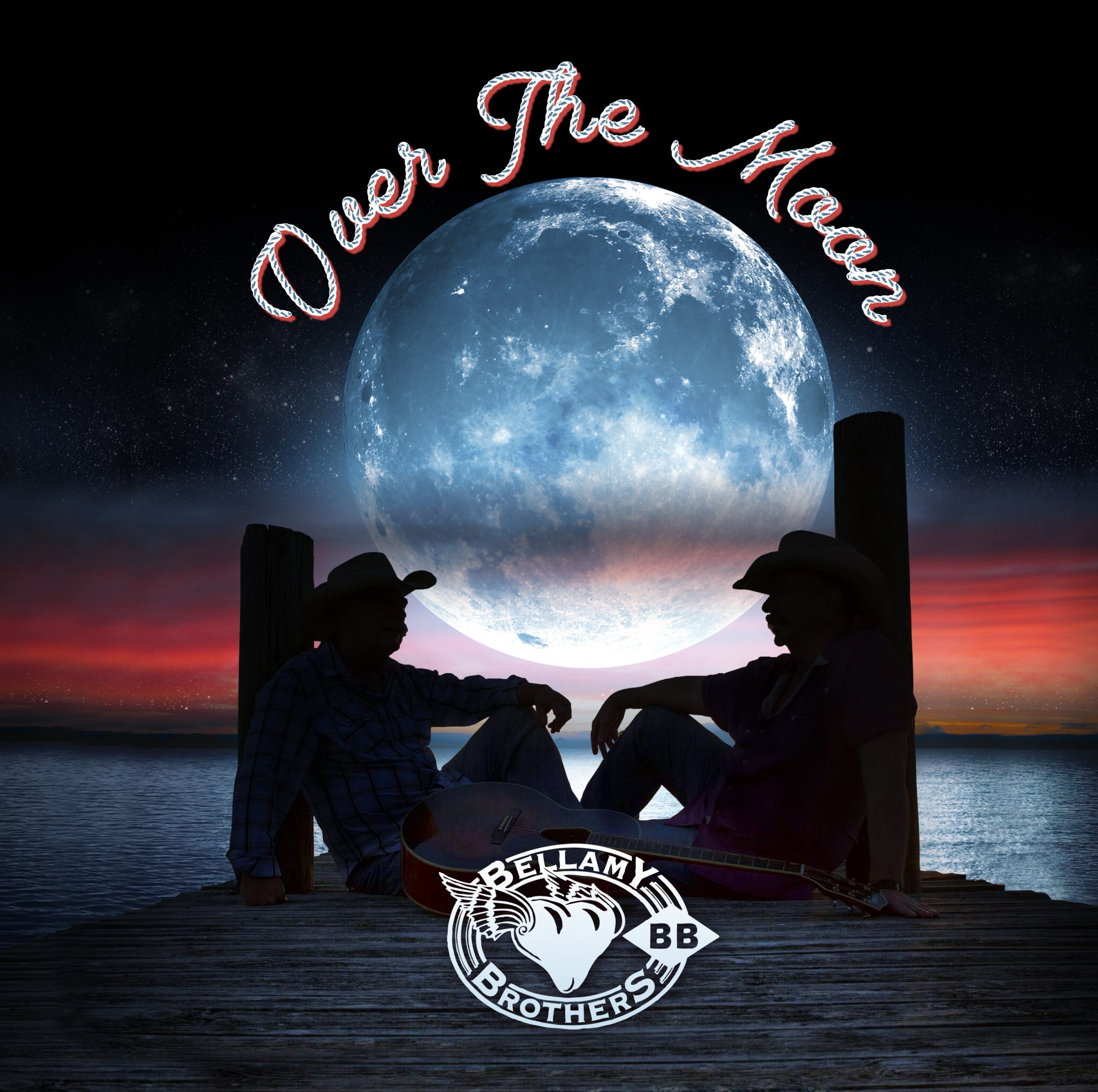 Over The Moon Cover